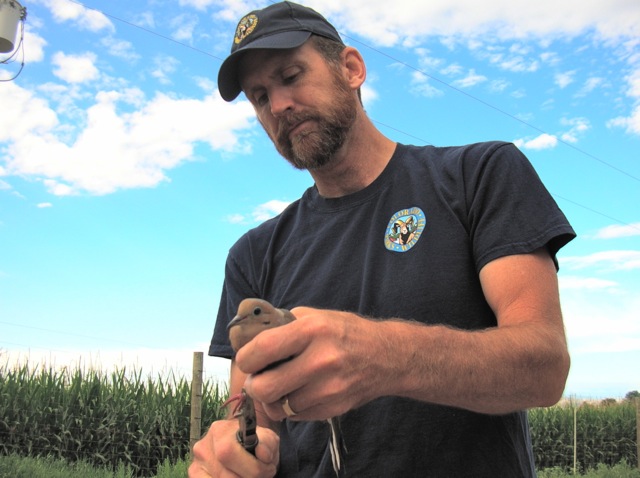 Changing water resources in the San Luis Valley of Colorado have reduced the amount of nesting and migratory habitat. Decreased precipitation, increased water usage, and declining aquifers have further complicated the issue. The San Luis Valley is the headwaters of the Rio Grande and a vital stopover for migrating birds. Jim Gammonley, the Avian Researcher Leader for Colorado Parks and Wildlife, knows that these changes will shift waterfowl production within the state and highlight the need to assess other wetlands areas in Colorado that may have to provide for the needs of waterfowl.

Jim understands the resources that represent the IWJV and those in his home state of Colorado are in a constant state of change. Additionally, he recognizes how water resources shape the landscape of the West and the importance of being a dynamic leader to anticipate what the landscape will need.

Jim has also demonstrated a long-term commitment to migratory birds – specifically Sandhill Cranes and Cinnamon Teal – and their respective habitats within the state of Colorado as well as to the IWJV. His support on multiple studies of those species and their habitats is greatly appreciated. Further, his input on the projects clearly influenced them in a positive manner. Jim’s time on the Central Flyway Technical Committee, as well as with the Adaptive Harvest Management Group is well noted. Jim’s commitment to this specific resource and understanding the habitat needs in Colorado demonstrates his commitment to this resource that is a part of the IWJV.