By Emily DowningPublished On: October 8, 2021 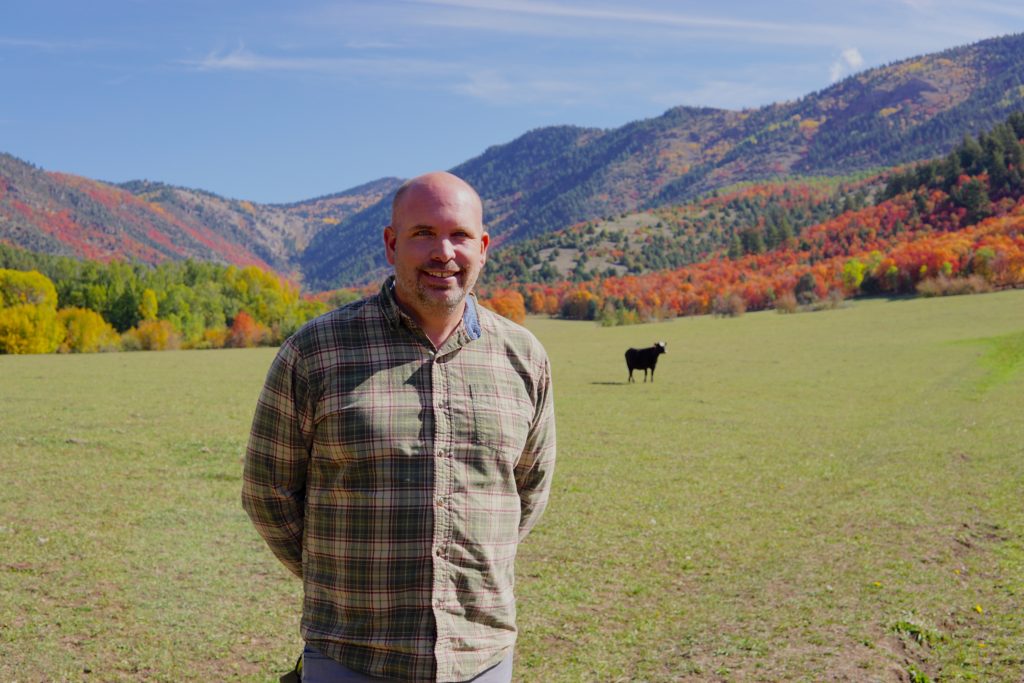 Even on a map, the Bear River Watershed is a puzzle. The river trickles out of Utah’s high Uinta Mountains into the sagebrush sea of southwestern Wyoming, where it creates lush wet meadows and productive bottomlands for wildlife, livestock, and people alike. As the creek becomes more of a river, it curves back and forth across the Wyoming-Idaho line. The river then marks the northern extent of the Bear River Range of the Wasatch Mountains before it turns south, flowing through the productive agricultural valleys of southeast Idaho and northern Utah and creates rich mudflats and wetlands as it empties into the Great Salt Lake. In doing so, the Bear River crosses fence lines and state lines, alpine meadows and irrigated fields: myriad landscapes managed in many different ways.

Matt Coombs, the new Bear River Watershed Conservation Coordinator for Idaho’s Sagebrush Steppe Land Trust and Utah’s Bear River Land Conservancy, has been assembling the pieces of the Bear River puzzle most of his life. He grew up on a small farm and ranch in Utah’s Box Elder County, where his interest in the intersection of agriculture, community, and conservation was sparked. He earned an undergraduate degree at the University of Idaho before leaving the West for several years to work in sustainable agriculture and natural resources in Ecuador and New York. Coombs’ new role puts all of his skills and experience in the Bear River Watershed to the test.

“Coming back to this area gave me a renewed appreciation for this landscape and what we still have intact here, but it also opened my eyes to the pace of development pressures and the need for conservation,” he said 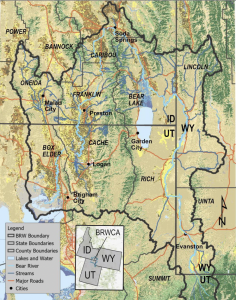 In his past work, Coombs has seen first-hand the need for conservation in the Bear River Watershed—and the ways in which it can be strategic, too. His master’s education from Utah State University had him studying landscape architecture before earning a degree in Bioregional Planning. Prior to accepting the Conservation Coordinator position, Coombs worked for the Utah Division of Forestry, Fire and State Lands as the Bear River Area Sovereign Lands Coordinator and spent seven years working on everything from environmental permitting to vegetation management, recreational access, and infrastructure projects at Bear Lake, Bear River and the north end of the Great Salt Lake. In this work, he said he learned how factionalized decision-making can be in a place like the Bear River Watershed. Multiple state boundaries and varying management and regulatory jurisdictions throughout the watershed means that many activities impacting the landscape, including conservation efforts, can often happen in silos.

“With so many lines through the Bear River, and multiple agencies and jurisdictions that split it into pieces, it’s important to make sure that we’re working together across those boundaries,” Coombs said. “It’s important to be looking at the landscape and the watershed as a whole.”

Coombs’ new role signifies a major step toward increasing the pace of conservation on the ground in the Bear River Watershed. Partners in the area have long recognized the need for a position that could circumvent the conservation barriers presented by working in a landscape that crosses three state lines and multiple state, federal, and private boundaries.

Matt Lucia, the Executive Director of the Sagebrush Steppe Land Trust, expressed his excitement for what Coombs is bringing to the position.

“His background and experience in the watershed are a perfect combination for his new position,” he said.

“Being able to work across state boundaries without a turf war is quite impressive,” Busch said. “This position is really unprecedented in that regard.”

Busch said the position allows partners to transcend geopolitical boundaries and make conservation priorities about the whole watershed, not just about who gets credit for a project or whose turn it is to access state or federal conservation dollars. Lucia said that the position signifies not only the immense demand for conservation in the Bear River watershed but also a trend toward focusing on the bigger picture in order to overcome hurdles that stand in the way of landscape-level conservation.

“It goes into the concept of looking at the river as a whole and knowing what conservation work is happening upstream so we can support these efforts all the way through the system,” he said. “We, as a collaborative partnership, are putting energy, effort, and money into this landscape to protect it.”