Partnering Up to Conserve a Watershed from the Headwaters Down 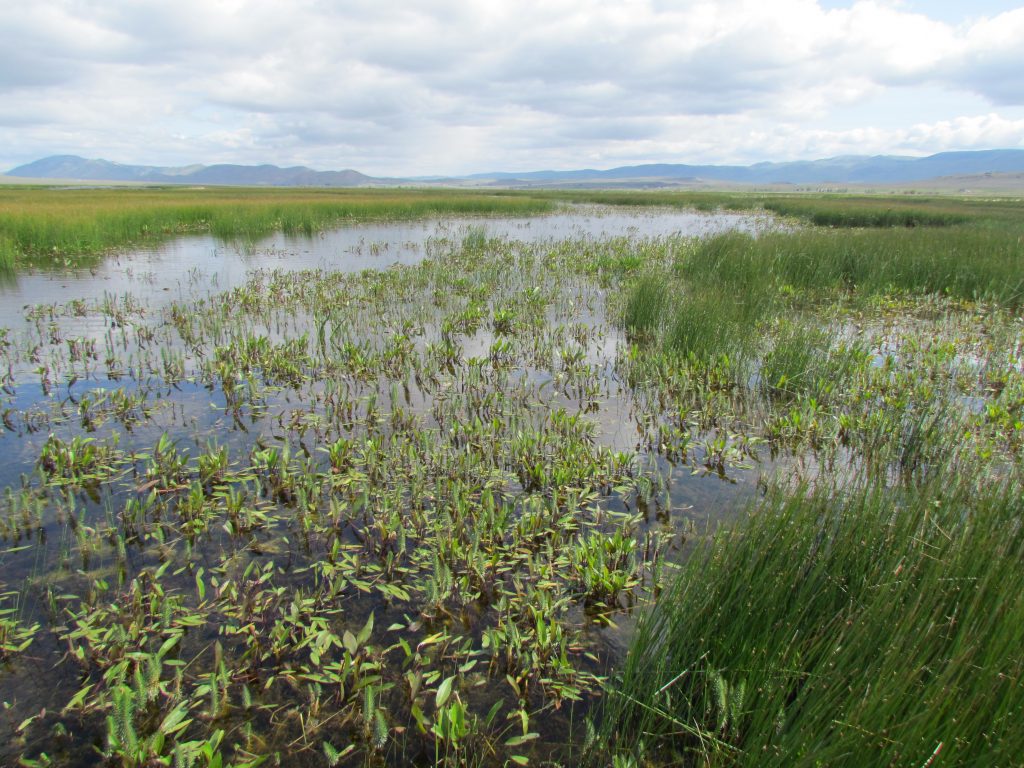 Utah’s Bear River Land Conservancy and Idaho’s Sagebrush Steppe Land Trust each faced an issue well-known to conservation organizations around the Intermountain West: too much work to do and too few people to get it done. On top of that, both organizations recognized the need for a position that could circumvent the conservation barriers presented by working in a landscape that crosses three state lines and feeds the Great Salt Lake. In order to enact conservation that serves the entire Bear River Watershed, they embarked on a journey to create a Conservation Coordinator position that would be housed by Sagebrush Steppe Land Trust but could also fill an important niche for the Bear River Land Conservancy, and for partners in Wyoming as well.

This long-needed capacity position works to deliver conservation on private land in Utah, Idaho, and Wyoming. According to Glen Busch, who serves as the chair of the Bear River Land Conservancy’s Board of Directors, a position like the Conservation Coordinator is a rare gem in the conservation world, where funding and credit for success are often highly contested.

“Being able to work across state boundaries without a turf war is quite impressive,” Busch said. “This position is really unprecedented in that regard.”

Furthermore, Busch said, the position allows both land trusts to transcend geopolitical boundaries and make conservation priorities about the whole watershed, not just about who gets credit for a project or whose turn it is to access state or federal conservation dollars. Matt Lucia, who is the Executive Director of the Sagebrush Steppe Land Trust, said that the position signifies not only the immense demand for conservation in the Bear River watershed but also a trend toward focusing on the bigger picture in order to overcome hurdles that stand in the way of landscape-level conservation.

“We’re recognizing that there’s so much work to be done in the Bear River watershed, which is still a very intact landscape of farms, ranches, and wildlife habitat,” he said. “If we don’t provide conservation options for landowners, we run the risk of losing it”

To create their new joint position, the two land conservancies harnessed the power of the National Fish and Wildlife Foundation’s (NFWF) Rocky Mountain Rangelands Grant. The grant, which supports conservation efforts that maintain robust wildlife populations in the working landscape of the Intermountain West, was established in 2019 and concluded its inaugural round of funding in 2020. Using a strong proposal and matching funds from a suite of partners including the Intermountain West Joint Venture, the Bear River Land Conservancy secured one of seven grants awarded in this first round. Although funding from the grant will focus on the Coordinator’s work in Utah, Lucia pointed out that whatever is done in Utah will have direct impacts on conservation throughout the watershed.

“It goes into the concept of looking at the river as a whole and knowing what conservation work is happening upstream so we can support these efforts all the way through the system,” he said. “We, as a collaborative partnership, are putting energy, effort, and money into this landscape to protect it.”

“[The coordinator needs to be] a very confident, capable person who will be able to work across state lines to make conservation happen,” Busch said. “[Their] work in this position will set a good example for the Rocky Mountain Rangelands Grant program and for conservation across the Intermountain West.”

Part of the role involves accessing funding and different partners that are often limited to specific regions within a watershed. Doing so will allow both the Sagebrush Steppe Land Trust and the Bear River Land Conservancy to coordinate tri-state efforts and leverage resources in a more comprehensive manner that considers the larger landscape and shared value of the watershed as a whole.