April 9, 2014 (Missoula, Montana) – Removing junipers and other conifers that are early invaders of sagebrush-steppe is less costly, and much more likely to be effective, than a delay-and-repair approach that tries to turn a mature forest back into a sagebrush ecosystem again. That’s a key message of the second of the Sage Grouse Initiative Science to Solution series, titled Conifer Removal Restores Sage Grouse Habitat.

The Initiative sponsors outcome-based evaluations of core conservation practices, such as conifer removal.  The findings allow managers to adapt practices as needed to continually improve conservation on the ground.

The Science to Solutions series summarizes findings of this peer-reviewed scientific work for landowners, managers, and others to help guide proactive sage grouse conservation.  The first in the series focused on marking high-risk fences to prevent sage grouse collisions.

In the Great Basin, conifers have expanded their range by 600 percent, affecting millions of acres. That’s a big problem for sage grouse since as much as 90% of that expansion has come at the cost of sagebrush ecosystems. Trees and sage grouse habitat just don’t mix. Where historically fire kept the trees from invading sagebrush-steppe, today restoration relies on people taking action. 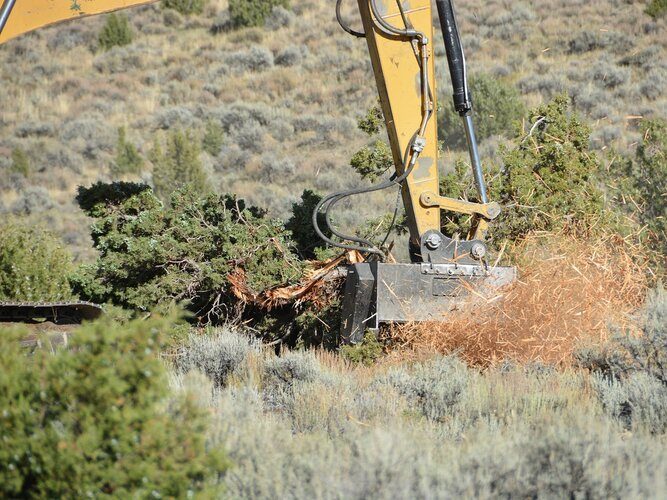 “Our study in eastern Oregon found that grouse populations are unable to make a living once encroaching trees occupy more than 4% of their habitat,” said Dr. Sharon Baruch-Mordo, lead author and scientist with The Nature Conservancy of a study published in a 2013 issue of Biological Conservation.

The study also showed that it’s not just the amount of trees near leks that make it tough for the birds; it’s how the trees are arranged on the landscape. Clustered trees with greater expanses of open sagebrush meant a better chance of maintaining sage grouse lek activity.  The more scattered the invading junipers are across the landscape, the more sage grouse avoid the areas for breeding.

Practical guidelines for land managers are included in the Science to Solutions four-page publication.  First, target stands in early stages of encroachment with still-intact sagebrush. Second, remove all conifer trees to reduce the tree cover to well below four percent. Third, use treatment methods that maintain the sagebrush and understory (often native bunchgrasses and wildflowers).

“SGI is plucking the low-hanging fruit,” says Dr. David Naugle, coauthor and National SGI Science Advisor, by targeting mechanical treatment of early invasion sites. Since 2010, SGI has invested in conifer removal on hundreds of thousands of acres of intact sagebrush lands threatened by trees, helping to push back the march of the junipers and prevent further loss of the sagebrush sea.

About the Author: Laurel Anders