By Emily DowningPublished On: September 7, 2022 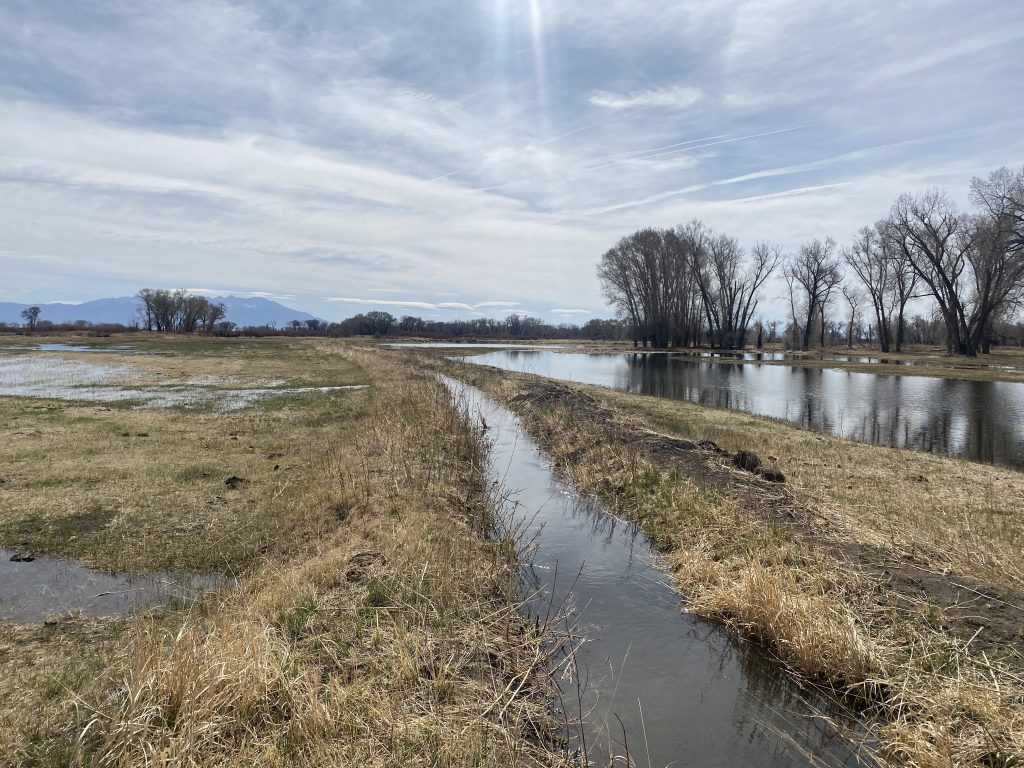 The final project funded by the 2022 round of the “Enhancing Flood Irrigation on the Rio Grande Corridor” Targeted Conservation Program (TCP) in Colorado’s San Luis Valley is an extensive one. A series of sloughs on the project property need to hold diverted irrigation water each April for the farmer to have a successful growing season. Filling these sloughs serves as a way to increase the groundwater table through natural seepage from the surface water. If these sloughs aren’t filled, either because the irrigation infrastructure is outdated or in need of repair, the groundwater table will remain low and seriously impact the farm’s ability to produce crops each year.

That’s why 36 irrigation structures will be updated or installed by the USDA Natural Resources Conservation Service (NRCS) to help maintain a complex flood irrigation system on a local farm. Plus, when these sloughs are filled, they provide spring habitat for migratory waterbirds and other wildlife—an added bonus of enhancing the flood irrigation system through the Rio Grande TCP.

It’s hard to describe the program, which is in its third year, as anything other than a wild success. Before the TCP, the flow of area farmers and ranchers coming to the NRCS for funding for flood irrigation projects had slowed to a trickle. All of the agency’s available Environmental Quality Incentive Program (EQIP) dollars were dedicated to installing center pivots and other, more “efficient” upgrades to irrigation systems due to the program’s ranking process.

In the San Luis Valley, where a centuries-old acequia system defines much of the local agricultural community and often helps maintain the valley’s wetland habitat, converting flood irrigation systems into a sprinkler system can upend the local farming culture—and the wildlife habitat that flood irrigation can provide. But limited federal resources for maintaining flood irrigation infrastructure, combined with severe drought, means that many farmers are left with the option of irrigating with dilapidated aging infrastructure, converting to sprinklers, or going out of business.

The TCP kicked off in 2020 after a collaborative effort from multiple groups (see sidebar below). It was included as an EQIP program and its specific focus on flood irrigation infrastructure was quickly noted among area farmers. People signed up and the first year of funding was quickly put into 41 projects on eight different properties. Before and after photos of the projects illustrate the difference between corroded headgates, smashed culverts, and threadbare tarps and the shiny newness and functionality of their replacements: rebuilt levees, durable hardware, and more efficient diversion systems.

Ron Riggenbach, the NRCS District Conservationist in Center, Colorado, said that many of the producers who signed up had tried to work with the NRCS before but their projects hadn’t ranked high enough to qualify for regular programs. After a few years, Riggenbach said, many of them stopped coming in altogether. As a result, when the TCP launched, the NRCS wasn’t sure if producers would sign up. 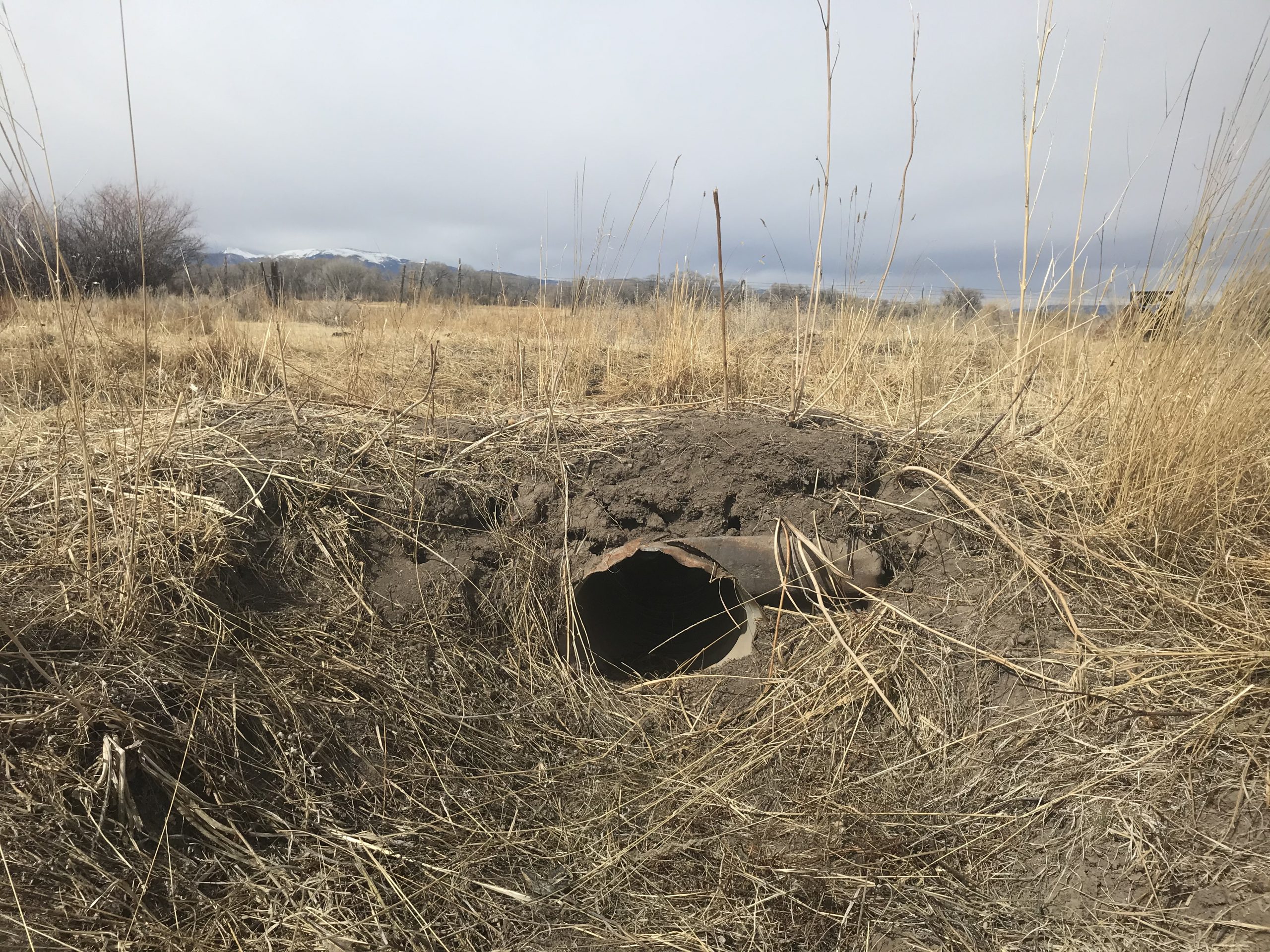 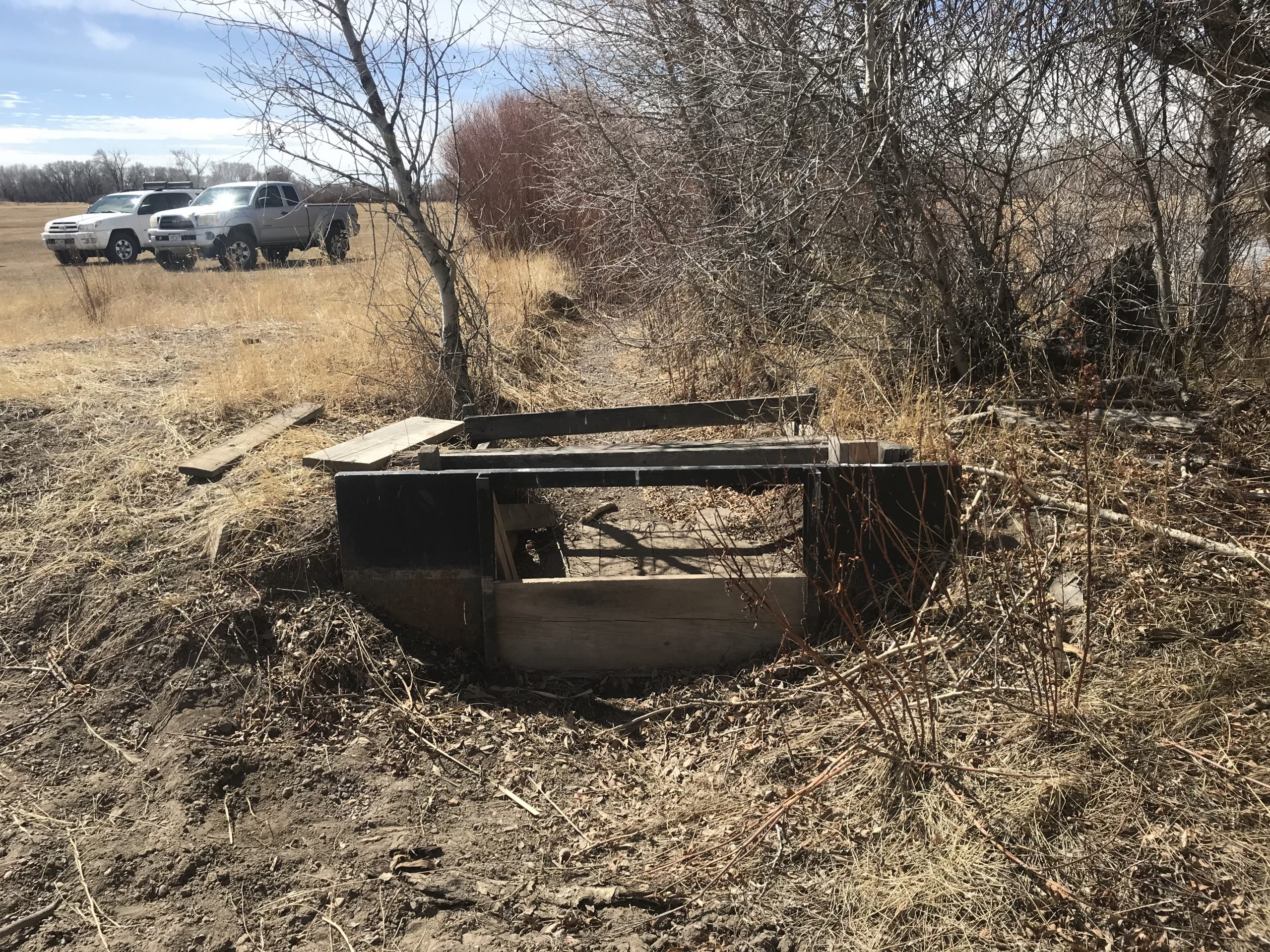 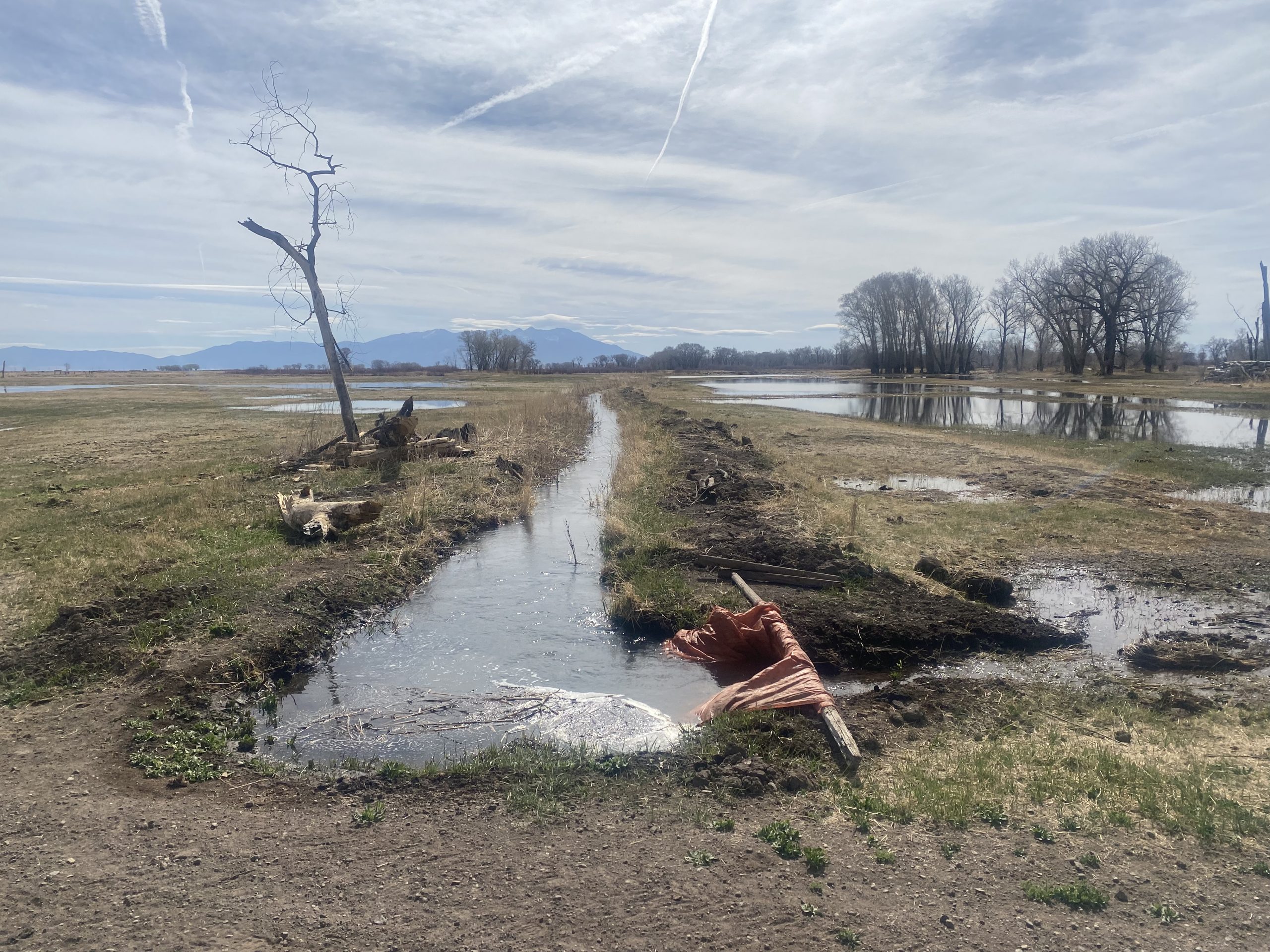 “We knew the need [for flood irrigation projects] was out there but we didn’t know what the response would be,” he said. “But I guess the word got out after the first round, and we pretty quickly had more signups than funding.”

The initial TCP’s success meant more funding was available in 2021, and more still in 2022. Local producers are still clamoring at the door—applications have exceeded the funding available in two of the three rounds of the program. Riggenbach noted that because funding changes from year to year, it’s hard to predict if the program will continue. Still, he said, there’s plenty of room for it to expand and serve more of the San Luis Valley. He said he envisions a future model in which each conservation district has a version of the TCP. This could allow the program to expand throughout the valley, catering to unique producer needs within a conservation district while increasing coordination among NRCS field offices in the valley.

“The potential is definitely out there for it to keep growing,” he said. 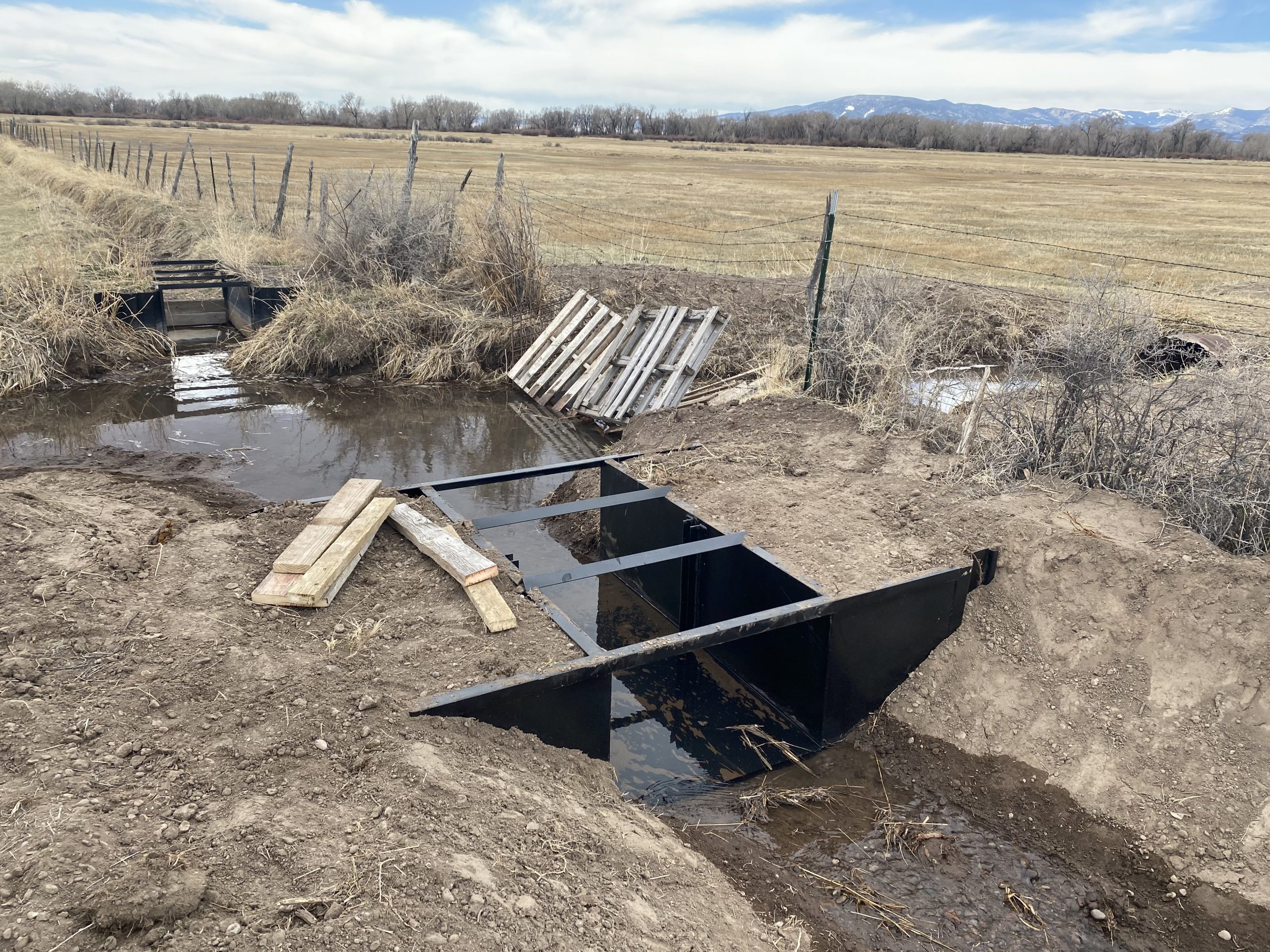 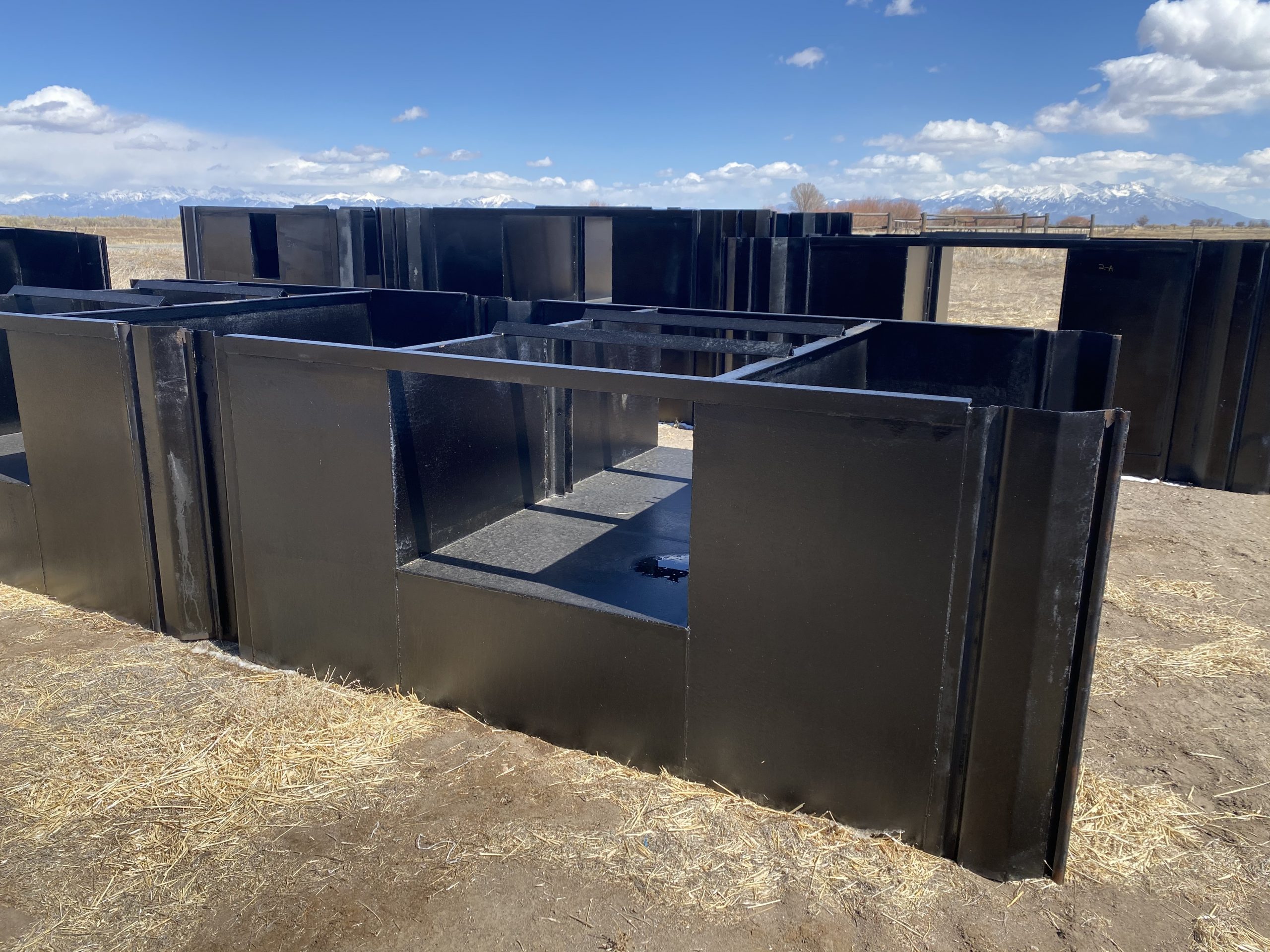 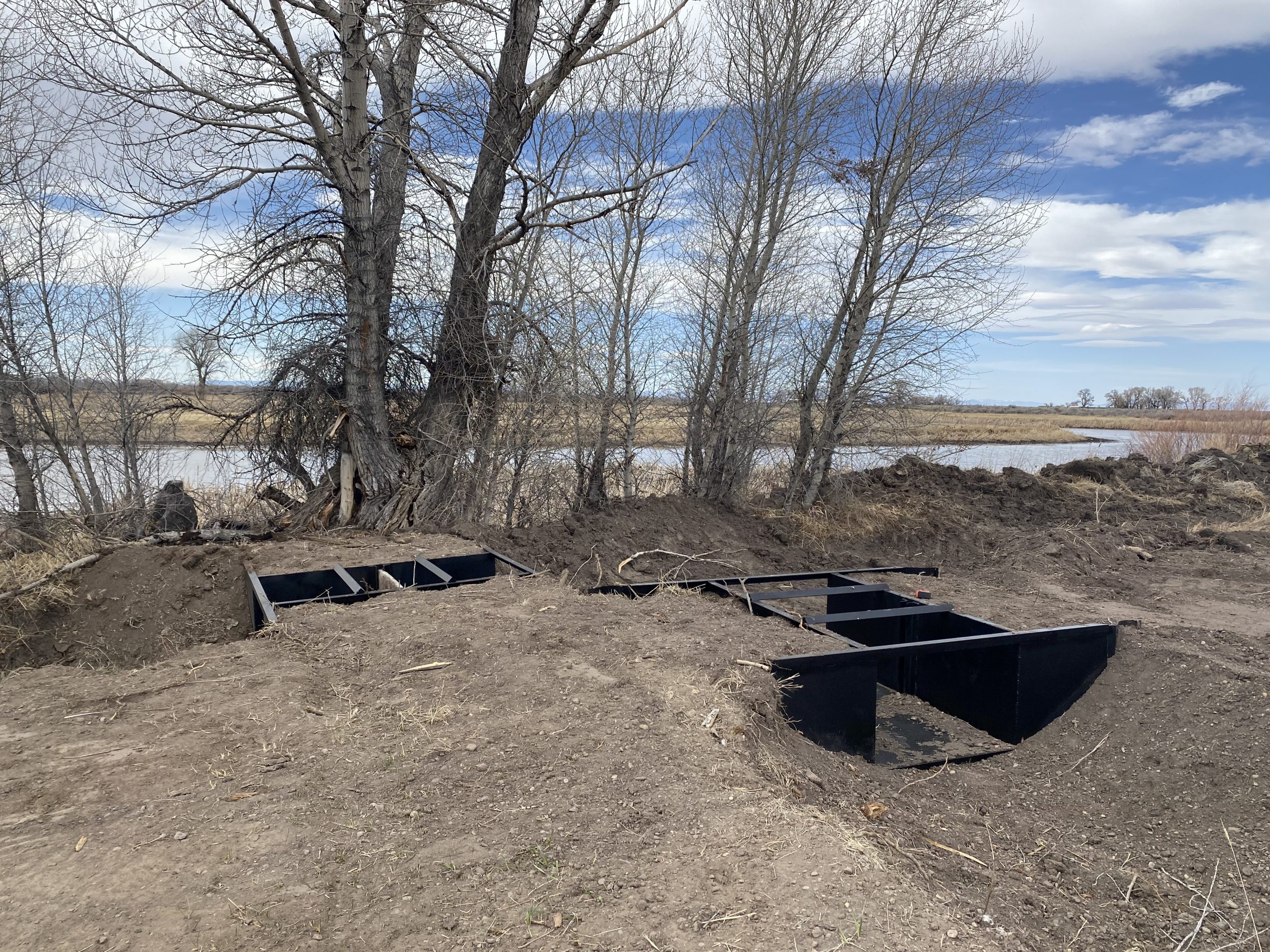 Collaboration across farm fences has allowed the TCP work to enhance working wetland habitat in the San Luis Valley. Leveraging partner funds to provide money for portions of projects has been a big part of the success of the TCP. The U.S. Fish and Wildlife Service’s Partners for Fish and Wildlife (PFW) and Colorado Parks and Wildlife’s (CPW) Wetland Wildlife Conservation Program often played a role in maximizing the wetland benefits of the irrigation infrastructure projects. When NRCS funding fell short of a project’s goals, either in amount or flexibility, these programs could leverage their funding to provide additional resources.

“Because of how EQIP works, there are certain components of projects that the NRCS can’t cover,” said Brandon Miller, the program biologist for Colorado PFW’s Southwest and Upper Rio Grande focus areas. “PFW and CPW can play a role in things like reestablishing levees for the shallow water impoundments that are filled with water during the irrigation season and provide a lot of foraging and nesting habitat for waterfowl. We can make sure the projects benefit those sites.”

Bird Conservancy of the Rockies

Several of the TCP projects also dovetail off of riparian restoration and diversion infrastructure rehabilitation being carried out by the Rio Grande Headwaters Restoration Project (RGHRP) along the river corridor. The diversions that feed the irrigation ditches where TCP works are often wrapped into projects undertaken by RGHRP that seek to bolster streambank stability and riparian health, remove fish barriers, and improve both the safety and efficiency of diversions.

Emma Reesor, the organization’s Executive Director, said that it’s important to look at how both the restoration work and the irrigation infrastructure improvements fit into the entire watershed.

“Even though most of the TCP projects are further down-ditch from where RGHRP works, if the water isn’t able to be diverted from the river, then those down-ditch improvements don’t matter,” she said.

Combined, Reesor said, the TCP and RGHRP’s work looks at the whole picture of Rio Grande water, which benefits both the river and the communities that depend on it.

The success of this TCP would not have been possible without the partners involved, as well as Hallie Flynn, the NRCS Soil Conservationist/Civil Engineering Technician for the Alamosa field office who was the main coordinator and driving force behind the program. Flynn has since moved on from her position with NRCS to attend graduate school, but her legacy in the San Luis Valley will remain with the amazing work accomplished through the TCP.