Telling the Story of the Klamath Basin 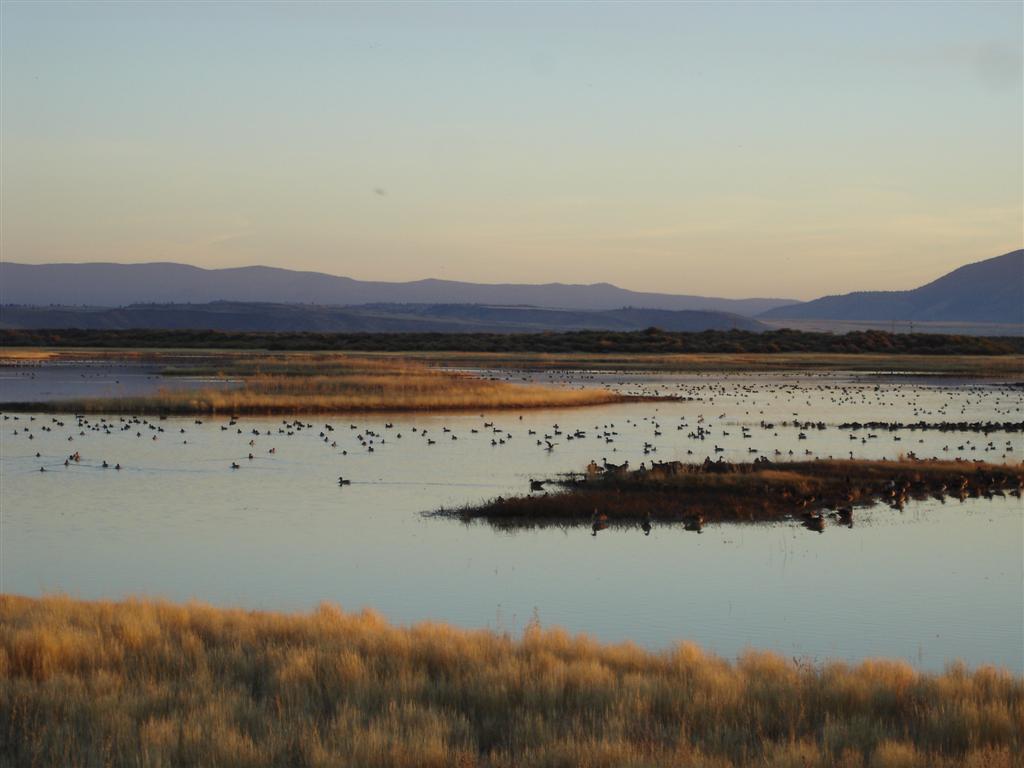 The Klamath Basin provides a disproportionately high abundance of important habitat for waterfowl and waterbirds during spring and fall migration and the breeding season. The Basin is characterized by a complex set of water-related challenges that requires sensitivity to partner readiness and timing. In 2018, the IWJV launched the Water 4 Initiative to bring diverse stakeholders together to address water challenges and achieve multiple benefits.

In the Klamath Basin, that means (among many other things) highlighting the history of collaboration between agricultural producers and refuge managers in sustaining habitat for sage grouse, waterfowl, and a host of other species. A series of journalistic articles and related social media created in 2020 portrays the connections between local agriculture, wetlands conservation, and wildlife habitat through the lens of FWS refuge programs and successful partnerships and agricultural producers.

Back from the Brink
April 2020
This sage grouse story remains an ongoing example of conservation success as a result of hard-won partnerships.

Completing the Puzzle for Pacific Flyway Waterbird Habitat Conservation
November 2020
The fate of waterfowl in California’s Central Valley is tightly intertwined with habitat in the Klamath Basin.