The Dodo of the Desert 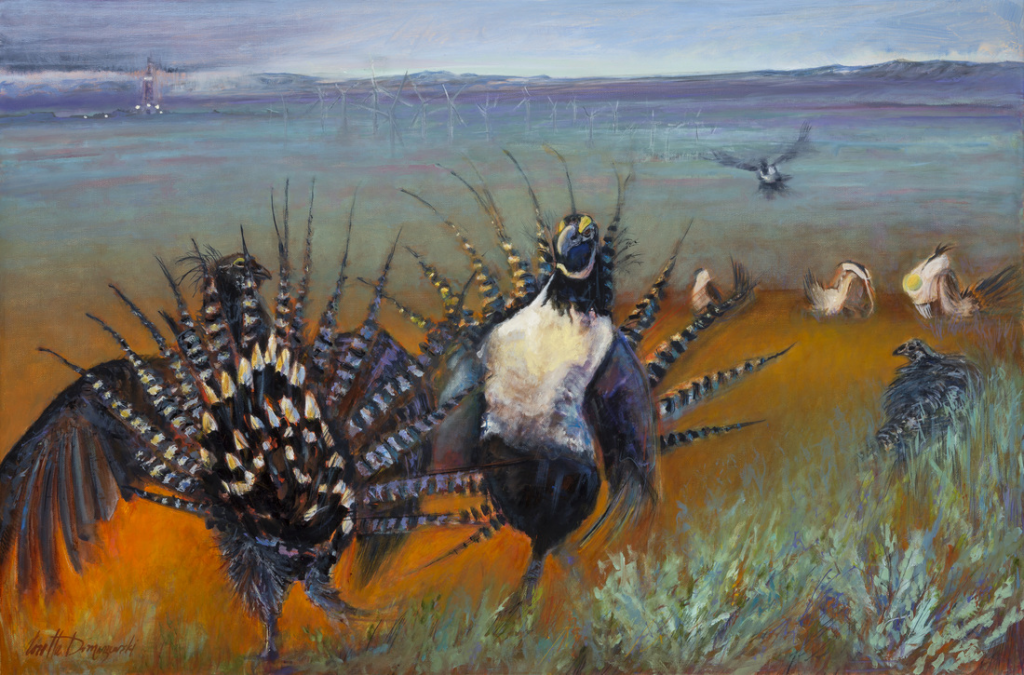 The following story is by Julia Babcock with the Oregon Sage-grouse Conservation Partnership.

My father worked in the genetics lab in the 1970’s. It gave him the sense that anything was possible; that humans and nature could collaborate to shape both DNA and destiny. Growing up, my father told me that my life’s work was to bring back the dodo bird from extinction; to right the wrong of history where a docile and trusting bird was decimated by human cruelty and greed. No small feat, right?

As I evolved in my career, it wasn’t re-creating a species by learning genetic sequencing that drove me to study natural resource management, but rather the injustice of extinction and the fact that human behavior could alter the course of life on our planet. When I joined the National Policy Consensus Center (NPCC) at Portland State University, an early assignment taught me how complicated the relationship between humans and nature can be.  A new journey and a strong tie to another strange bird began. I guess you could call the sage-grouse the Dodo of the Desert.

At that time in 2010, the state of Oregon was advancing a conservation assessment and strategy for the Greater Sage-grouse, a ground-dwelling bird that is a surrogate for healthy sagebrush habitat. Conflicts were primarily framed around large-scale development (such as renewable energy siting) near sensitive sagebrush areas. Policymakers were working to be proactive in signaling to developers that fragmentation of the landscape could push sage-grouse populations into permanent decline. Ultimately, this led to a large, state-wide planning effort.

NPCC facilitated a process for state and federal agencies to coordinate with local communities and other diverse parties around a more systematic approach to rural development and resource management across all lands. As it turned out, the federal government would soon be deciding whether to list sage-grouse under the Endangered Species Act (ESA), and development was not the only relevant issue. The landscape had already been altered in many areas and the fire and invasives cycle was creating faster, larger, and more frequent burns.

Read more about this process over at Partnering to Conserve Sagebrush Rangelands.