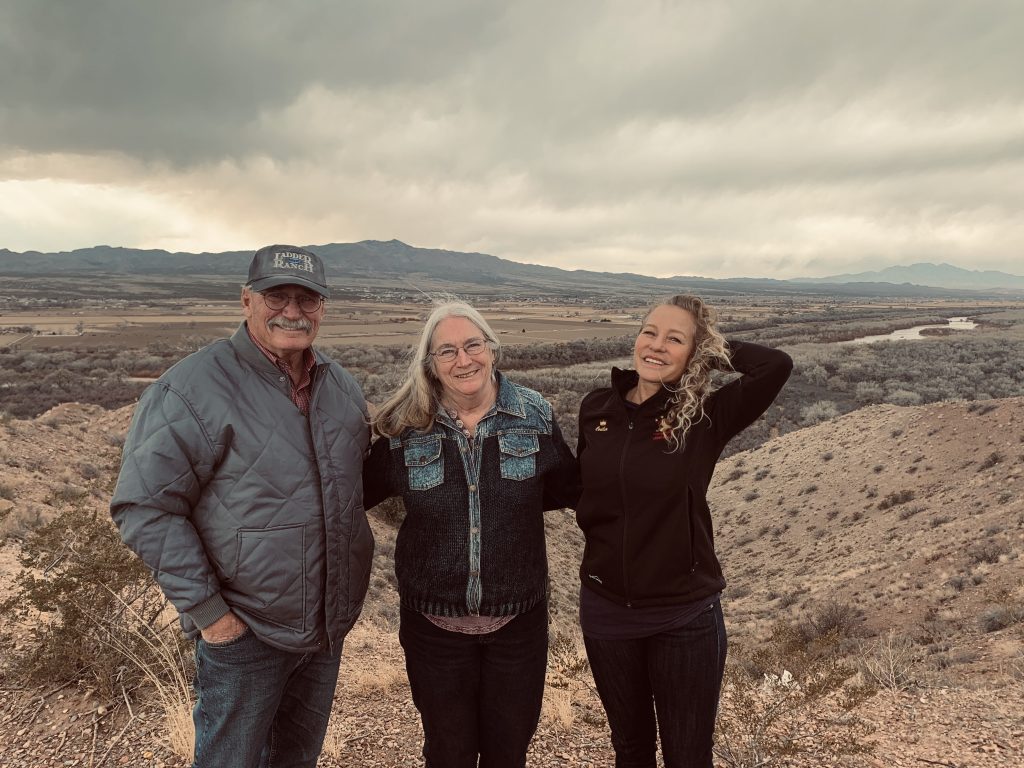 On a late February visit to New Mexico, Intermountain West Joint Venture (IWJV) Management Board member Patrick O’Toole met with fellow irrigator and Rio Grande Agricultural Land Trust (RGALT) executive director Cecilia Rosacker, as well as Mike Hamman from the Middle Rio Grande Conservancy District. O’Toole, who owns the Ladder Livestock Company and raises cattle and sheep on the Colorado-Wyoming border, said the group talked about everything from water issues and drought to the benefits that agriculture provides to the community. Despite dealing with challenges in two very different landscapes, they found that they had much in common.

“The bond of people who know how water works on the land is really incredible,” said O’Toole, who visited the area with his wife Sharon. “Irrigation is really a soulful activity because the benefits are so visual and deep. The deep love for the land and the water, and understanding how it works, is what brings us together.”

Hamman said that the shared deep love for the land meant that all of them had stories to swap about their observations of changes in the weather patterns and water availability in their respective necks of the woods. Rosacker, who runs an organic farm in Polvadera, New Mexico, said that even though the O’Tooles were from an entirely different watershed, they were both facing similar challenges when it came to water use. Less low-elevation snow, earlier runoff, and hotter and drier weather in the summer and fall are problems that are often compounded by aging and outdated irrigation infrastructure. This holds true across the West.

“It was really great to meet like-minded people from another part of the flyway and see how interconnected we are and how we’re dealing with the same issues,” Rosacker said.

“You can sense the dedication to the land that they have,” he said. “As land values and water values shift, the ranches that protect the water and the wildlife are starting to be the exception rather than the rule. Seeing them unified to come up with solutions in a time of drought and growth pressures from development is very impressive.”

That sentiment struck a chord with Hamman, who heads the Middle Rio Grande Conservancy District. With a tough water outlook for this year—much of New Mexico is facing severe to exceptional drought in 2021—those solutions are harder to come by. Low snowpack and drought conditions mean there just isn’t enough water to go around. Coming together to find the common ground, he said, is more important now than it has ever been. 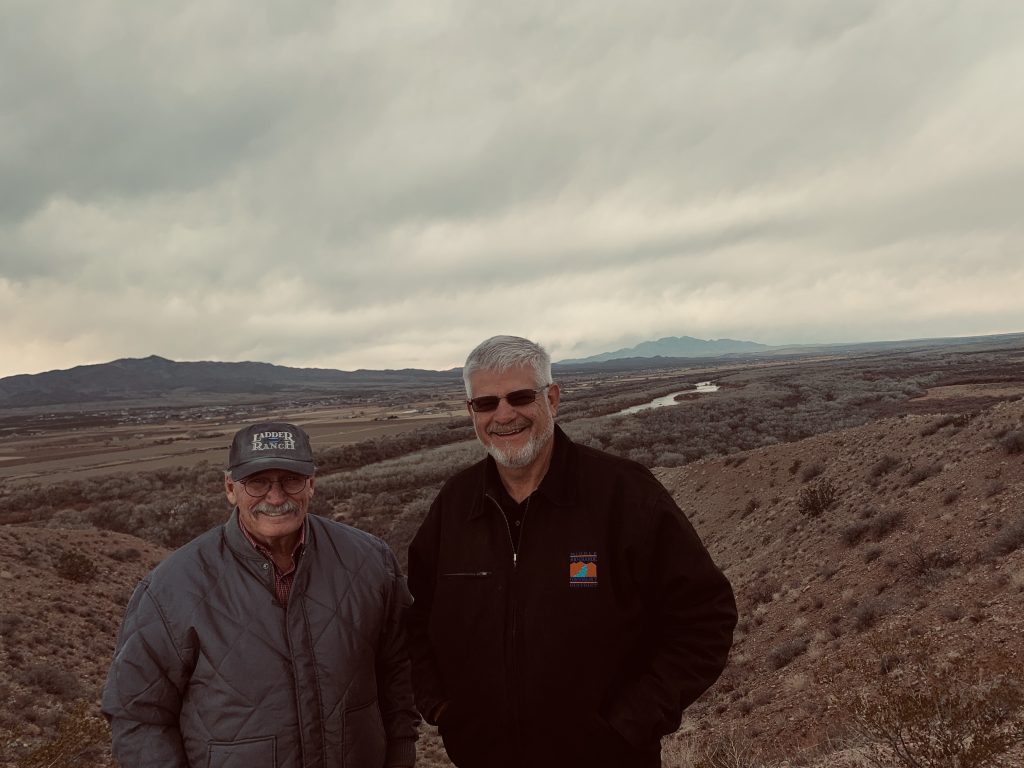 “We can’t survive by ourselves like we did in the good old days,” Hamman said. “We can’t expect Mother Nature to bail us out every year. We believe that good stewardship and water management and resource management leads to a better life for all life within the Rio Grande Valley.”

Rosacker talked about how farmers and ranchers are some of the first to feel and notice the effects of a dry year. Normally, she said, she can tell the water line of the season’s first irrigation by where the gulls flock to her flooded hay meadows to rest and refuel on their migratory journey. The year’s second round of watering usually provides habitat for white-faced ibis as they migrate through the region. This year, however, a lack of water means irrigators aren’t able to get water on the ground when they normally do, or at all.

“Those gulls are out there circling around waiting for someone to irrigate,” she said.

From a hillside vantage point, the group watched as the Rio Grande wound through cottonwood-studded “bosques,” or river-bottom forests, that had yet to show the first signs of spring green. Migratory birds from waterfowl to songbirds depend on the narrow Rio Grande corridor and habitat like this as an oasis in the middle of the Chihuahuan Desert. Rosacker refers to these corridors as the “ribbons of green” that run across New Mexico. From the top of the hill, she pointed out the two conservation easements where RGALT has protected the riparian habitat, as well as a historic sandhill crane roost along the river. An area like this, she said, shows how important private land conservation is to protecting the Rio Grande and the habitat lining its banks.

“This view shows how narrow it is and how fragile the river is,” she said. “Protecting it is critical because there’s just no other place like it out here.” 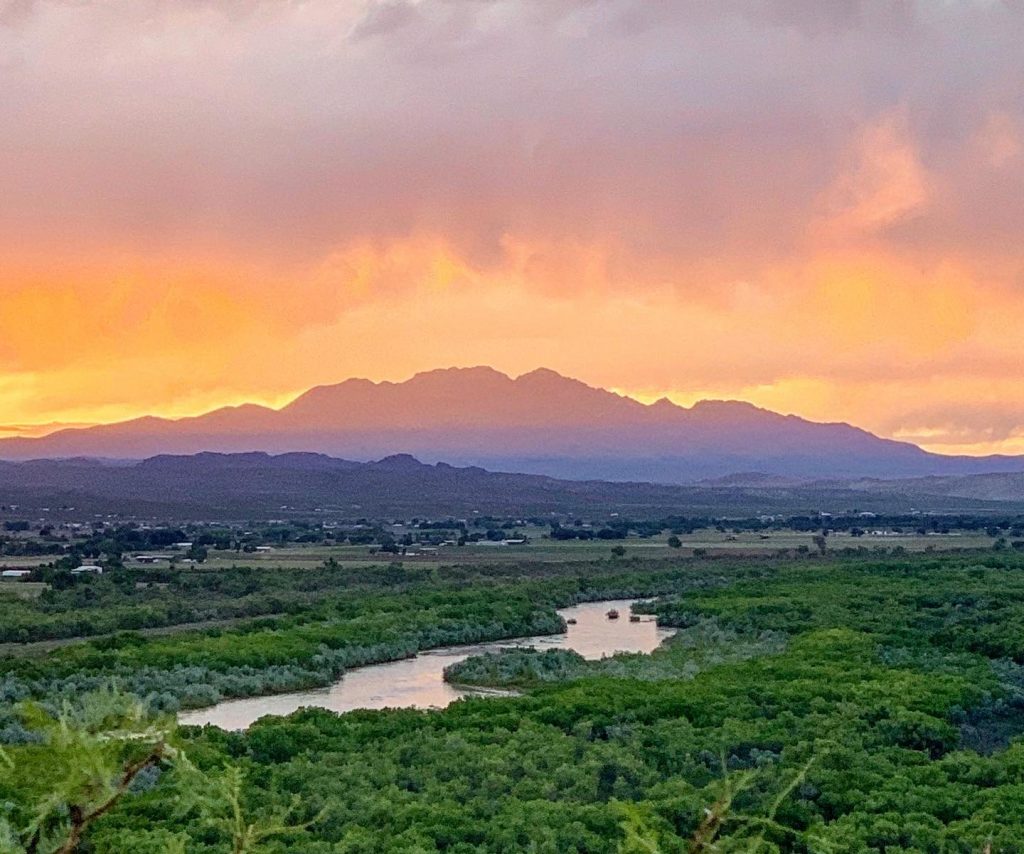 An early summer view from the same hillside where the partners met in February. All photos on this page courtesy of Cecilia Rosacker.